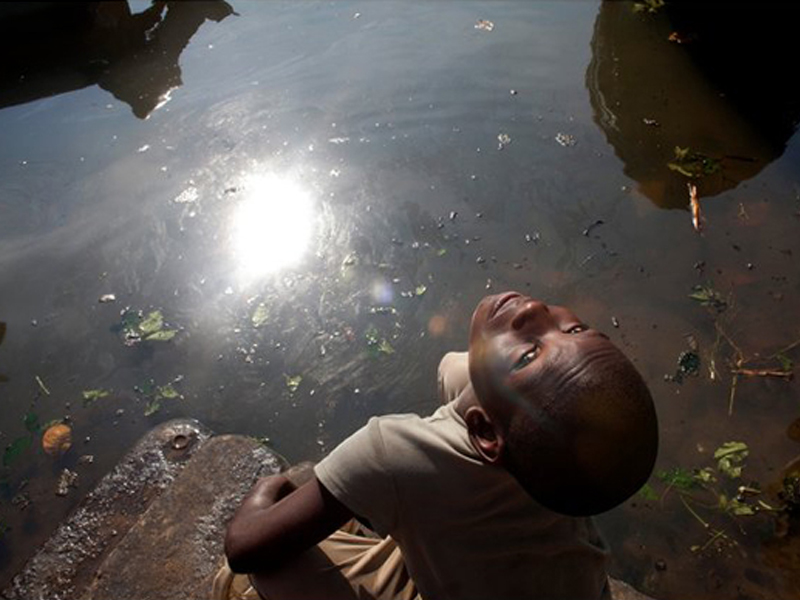 As the real-time disaster occurring in the Gulf of Mexico spills into its 63rd day, the New York Times recently reported from the Niger River Delta, a wetland region in southern Nigeria where oil spill disasters of comparable scale have been unfolding for nearly five decades. At fault is a precarious and uncertain combination of failing infrastructure, human error, sabotage and oil theft.

The region where the majority of the spills occur is considered to be one of the 10 most important wetlands and coastal marine ecosystems in the world according to the IUCN Commission on Environmental, Economic and Social Policy. The Delta contains habitats for a vast array of threatened species found nowhere else in the world, such as several primates, ungulates and birds. Yet its human population is also one of the densest in the entire continent with 30 million people living in roughly 3,000 separate communities.

Similar to the Louisiana coast, the region is blanketed by a vast mangrove ecosystem that provides crucial nursery habitats for many important fish populations that feed the country’s interior. For the 75% of people in the region who make a living through fishing and subsistence farming, the unique ecology of the Delta sustains specific cultural and socioeconomic systems that depend on environmental stability due to the lack many other alternatives.

10% of U.S. oil imports originate from the Delta, which in turn produces most of the oil in Nigeria. To accomplish this, 7,000 kilometers of pipelines connect a vast infrastructural network including 5,000 separate wells in an area about three-quarters the size of the Netherlands. In a 2006 report, a team of experts for the Nigerian government and international and local environmental groups concluded that from this vast infrastructural network some 11 million gallons of oil spill into the Delta’s swamps, rivers, wetlands and mangrove forests every single year. In the last five decades this amounts to as many as 546 million gallons of spilled oil.

As oil continues to spill into the Gulf of Mexico, revised estimates suggest that it is occurring at a rate of some 2.5 million gallons a day. While it remains an ocean and a continent away, the half century long disaster plaguing the Niger Delta region, the Times reports, may serve as a forewarning to many of the policies and oversight regulating our own domestic energy strategies. As day 63 turns to 64 and 65, perhaps we should take that warning more seriously.