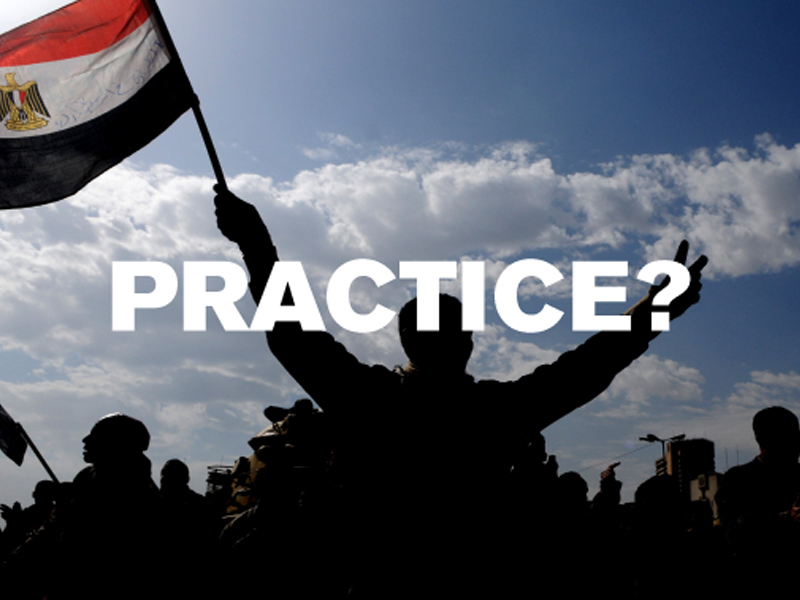 When the concept for VisionArc was developed in 2009 we immediately focused on the ambition to locate design opportunities in areas in need of systemic change. Since then we’ve been fortunate to have had opportunities to work on globally relevant challenges where this ambition could be realized through formal collaborations and partnerships. At the same time, a large part of our internal discussions spring from our informal, day-to-day reflections on the real time events. In the process of becoming marathon news readers we look for opportunities to ask questions like: Is that a Design challenge? Is Design even relevant here? How could we contribute to communicating the bigger picture, beyond the headline?

So during this first part of 2011 we, like most people, have been awestruck by the radical change taking place in the Middle East as citizens are calling for alternative models of governance as well as social and economic infrastructure. At the same time, some of our recent work has focused on a different sort of framework: national scale systems of for evaluating environmental performance. So as we usually try to do, we asked whether or not it’s possible to draw a line between these two apparently distant objectives?

On the one hand, the desire for political change in the Middle East region has emerged from a growing dissatisfaction towards policies and systems that are perceived to be instituted onto a population group at that group’s expense. On the other hand, the need for new environmental policy frameworks has emerged from the perceived imposition of our (anthropocentric) actions onto the environment. While grossly oversimplified to be sure, the connecting ‘line’ between the top-down calibration of environmental policy tools and the bottom-up challenges to political frameworks seems to reflect complementary forms of practice that the author and theorist Tony Fry would refer to as “Futuring”.

Recently we re-read a passage from Fry’s book Design Futuring: Sustainability Ethics and New Practice that we felt provided a useful perspective on the question of Design as both a situated and a temporal form of practice. We thought we’d post it here to let you consider it as well. Read below and let us know what you think.

In sum, we human beings live a contradiction. In our endeavour to sustain ourselves in the short term we collectively act in destructive ways towards the very things we and all other beings fundamentally depend on. Such longstanding and still growing ‘defuturing’ needs halting and countering. To do this effectively means radically changing how we humans think and act in the way we make and occupy our world and as we impose it on the world in general. ‘To be’ we have to be another way.

Design can be one of the key movers of this change. But for this to happen the very foundation of design and designing has to be transformed in terms of how designers think about design and designing, how they design and the character and consequence of what is brought into being by design. The key to the instigation of this process of change is the remaking of design practice, for this is what designs the designers designing.

Design practice is not simply the application of a methodology and it is certainly not the same as the design process. Rather, design practice is what brings designers into being as such and thereafter sustains them. It is what forms and animates their ontology as designers. It is thus implicit in the essence of what it is to be a designer, the design act and the character of the designed. That is why design practice is the critical starting point of our project. However, to unpack design practice requires that we first unpack the nature of practice itself and then design.

Practice is superficially simple but once looked at in any detail it is complex. The French sociologist Pierre Bourdieu argued in his Outline of a Theory of Practice, that practices cannot be causally reduced to the material conditions out of which they appear to arrive. Rather, he suggested, they come into being as a result of the structuring habitus (the underpinning conditions on which structure itself stands). For Bourdieu, habitus names something more fundamental than milieu or environment. His claim is that everything that sets up our disposition towards being materially situated, especially in relation to how we see the potential of these material conditions, is itself already structured (hence the underpinning quality of habitus). In saying this, he is identifying strong connections between habitus, structures and practices. Effectively Bordieu is telling us that we ‘arrive’ in our specific worldly circumstances biologically, culturally, and socio-economically already prefigured. This does not mean that we are totally over-determined but we are nonetheless delimited by the world we are born into that we take to be the world itself. Thus the perceptions we acquire are in fact prefiguring by the structuring of structure of the world we see, come to know and act within (the form of family and kinship, climate, the nature and form of the constructed and natural environment and so on).

What is being described here is the structural operation of habitus (as it is constituted by the convergence of natality, sociality mind and all other material/immaterial designing forces of the world in which one ‘arrives’). Predesigning is perhaps an apt way to understand the prefigurative character of this structuring structure which is habitus. This understanding is actually a way of acknowledging that designing is a quality of the human created structured world we inhabit. It exposes that designing is an active characteristic of everything we take to be a given within the unnatural world we are born into. As such, we come to be what we are not just genetically prefigured by the particular designing character of the artificially fabricated world into which we arrive. We are de facto the product of converging biological, social and artefactual structural forces- to recognize this is to render the binary reduction of ‘nature versus nurture’ redundant.

Without making any claim of a ‘higher power’, design viewed as a giving of form can be seen as existing prior to being a practice and at the very center of how we individually and collectively gain our particular culture and thereafter act within it as designers.

As soon as human beings started to make a world for themselves by incremental (and later, rapid) environmental transformations (by design and violence) the process and the agency of this structuring (habitus) obviously started to change. The implication is that while we have always been prefigured (that is designed) as soon as ‘we’ started to modify our environment and make a world for ourselves via the use of tools, we began to form practices that were to structure what we were to become. Effectively, the designing of design and of our human being emerged out of the use of the most basic tools. Not only did the use of tools facilitate prefigurative acts of world making and transformation that have brought us to the fabricated and damaged world we now occupy- they also acted back (in the sense of feedback within a cybernetic system) on the tool users- hence these proto-designer/makers themselves became designed. This process, while now infinitely more complex remains the key to grasping the relation of humans to technology, science and the fabricated world. We are never just users; we are always equally the used.

To comprehend habitus so formed and framed by the human coming into being via the practice of the self- and world making, is to open ourselves to seeing design in two ways- as structuring both: (1) features of the world in which we dwell; and (2) many of our material and immaterial relation to the world. It is practice, as designed and designing, as manifesting our active being-in-the-world, which dissolves the binary relation between being structured and structuring. In so doing, the totality of practice strives to regulate, replicate and modify our domain of habitation (‘our’ world). Yet collectively, we have arrived at a moment wherein all that humanity attempts to regulate is at odds with the world that actually regulates us. It is not just that many contemporary practices harm the world of our dependence but also that so few of them deliver the means to actually know the consequences of their activities beyond a horizon of immediate concern.